12 Comments
By The Rainmaker Music, Rainmaker

Why I Agree with One Direction about Jake Bugg

If you’ve been immersed in the music press in the last couple of days you may have noticed possibly the most forced rivalry in music history being gradually eked out. Jake Bugg vs One Direction. For those who haven’t seen the quotes I’ll attempt to sum it all up.

Jake Bugg said this in this interview:

I vaguely mention that some people are saying One Direction are the closest thing to rock stars that we have these days. “Who the f*ck is saying that?” he splutters, sitting forward. Well, I say, among others, Paul McCartney called them “the next terrific band”, while Mick Jagger said they remind him of the Rolling Stones in their earliest, world-shaking incarnation. Plus, plenty of people have noted that, rather than anyone in an indie band, it’s Harry Styles that’s always being pictured staggering from one party to the next, daubed in lipstick, living the dream.

‘“Oh, I’m pretty sure they have a good laugh,” says Bugg dryly. “But it’s easy to, isn’t it? When you don’t have to write any songs. People [call them the new Beatles] because they broke America, but that don’t mean a thing. I mean, [One Direction] must know that they’re terrible. They must know… Calling them the new rock stars is a ridiculous statement. And people should stop making it.”

First of all just think how absolutely forced this statement is, and nothing to do with Jake Bugg at all, he’d been fed a question begging him to say something – anything – negative about a boy band. All for the reason that our pathetic press loves a good fued, and pushing Jake Bugg as the saviour of ‘real music’ against ‘manufactured pop’ is the easiest narrative to create and the best for getting page views and selling copies of the NME.

So when this response came out from One Direction member Louis Tomlinson on twitter:

Hi @JakeBugg do you think slagging off boy bands makes you more indie?

I couldn’t help but laugh out loud, because the member of manufactured pop group 1D absolutely nailed it. And here’s why… 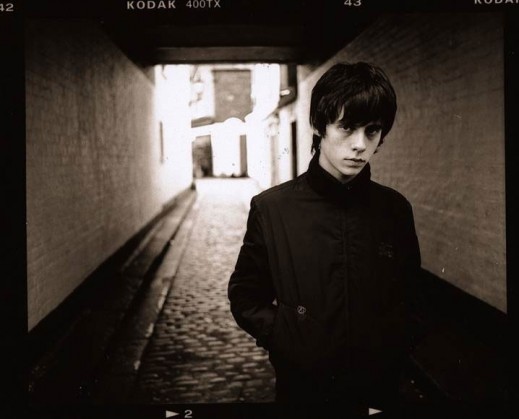 Everything about Jake Bugg’s music and image has been very specifically chosen. His album sounds like it comes from the ’50s, and that is actually a really damn hard thing to do, far easier to record something closer to its real sound, so there must be a conscious decision to stylise the music like that. Furthermore his image, the mod working class hero, is another planned act. Just look at the other people doing the same thing, Miles Kane, young Paul Weller (anyone in The Good Mod Club).

Going even further, the main thing that is held up here as evidence of Jake Bugg being ‘real music’ is the fact that he writes his own songs. Great. But that alone isn’t actually a badge of honour. There are hundreds if not thousands of bands around England who can play sets of songs they wrote on their own, but we don’t care. The only thing that would make it important is if these songs are actually pretty good. The fact that Jake Bugg actually has his songs co-written by former Snow Patrol (snigger) member Iain Archer is obviously irrelevant. If a fantastic song was written by 5 people why should it matter? Is it not still a fantastic song?

The real reason that tweet from the 1D guy is so perfect is because he realises that Jake Bugg is just as manufactured as One Direction. The difference being where 1D go blatantly for pop and the hearts of teenage girls, Mr. Bugg is squarely targeted to appeal to the NME reading indie kids and mod men. I’ve never made any pretense that I like 1D, but I can live with the fact that they sure as hell aren’t pretending to anything other than what they are.

The cruelest slice of this all is that Jake himself probably didn’t even realise what was happening. As far as Jake Bugg the person goes, I have no problem, he’s a nice enough guy with good music taste who can write some pretty decent tunes. But Jake Bugg the artist is a hilarious product of manufacturing, record label execs worked out how to make his records sound old, because obviously the old days are when music was ‘real’. And of course none of the greatest songs ever made have been written with a team of writers, unless you count Motown’s brilliance or the old Jazz standards that still awe us.

So when a member of One Direction points out that ‘Jake Bugg slagging off One Direction’ is just another marketing tool to make Jake Bugg appeal more to the ‘indie’ crowd, it is a moment of pure poetic justice.