Tag Archives: I Am Here

With the impeding approach of the all-important Album of 2012 list, and still a bit knackered from dealing with the behemoth Top 50 Songs of 2012, I thought I’d take a bit of time to celebrate the craft of the Extended Play. It’s a format that is becoming ever more important in the way that modern music functions. For starters it’s a great way for people to see if the bands are any good beyond one initial tune, it’s also vital for the bands themselves, so that they don’t rush headfirst into a 12-track album, but are still able to build a high profile. Their bargain price also means that I actually bought all of these releases, without the worry of forking out a tenner for something that could be crap.

Competition was incredibly high, and it’s worth saying that the order of the top 3 could be debated, but I had to pick one, and I absolutely stand by my decision. Commiserations to Haim, whose Forever EP nearly made it in, but I could never shake the vibe of the 80s off it. Pale Seas also had a release I liked in The Devil Waltz but it just didn’t have the power that these ones did.

Twigs will win no awards for best cover art of the year, but this EP is a thing of unnatural beauty. Originally mysteriously anonymous and with only two intense songs and videos on youtube, this artist rose to prominence after being tipped by Grimes on Twitter. One of those two tracks was in my Top 50 of 2012, so when this EP was released only last week I was delighted. The Grimes comparisons only run so far, with opener ‘Weak Spot’ taking more from Massive Attack. Skittery drums and off-kilter beats give Twigs a very singular sound, intensely rhythmical without ever settling. ‘Ache’ is a masterpiece of dark beauty, with a genius video, while ‘Breathe’ is delicate twisted pop, and the closer, ‘Hide’, is a prorof of the minimalist music genius herein. This is edgy, dark and creepy music, and a sign that we might have a UK Grimes on our hands if the promise of these tracks can be fulfilled with the next release. The album is probably best experienced via her tumblr and watching all four songs through their very arty videos.

I don’t need to reiterate why I think Savages are one of the best new bands around to any people unfortunate enough to talk to me about music in real life. Simply enough, Savages are a band that plunder one of the golden eras of music, the early punk/post-punk scene, specifically bands like Joy Division and Siouxsie and the Banshees. By moving from being more influenced by the latter than the former with this EP Savages pushed further ahead with dips into quieter moments while never letting the tension up. This EP was taken from recording of the band life and the ferocity, aggression and, yes, savagery of their playing really comes across. Saving their defining song, ‘Husbands’ (again, one of my Top 50) till last ensures that when this record ends, the only thing you want to do is get to a Savages show, that’s if you can resist throwing yourself around the room with the pure, unadultarated energy of this insane track. 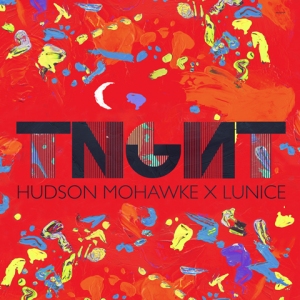 TNGHT were a revelation. I was fully prepared to be annoyed at them for nicking SBTRKT’s little name trick. That is, until I saw them supporting SBTRKT at Manchester’s Warehouse project. After checking up on them once home I continue to be impressed by this music. The 5 songs here are intense enough to be highlights of any night out, especially the track ‘Higher Ground’ which I cannot resist, but they are all also short enough to prevent getting tired of them, or having to worry about not being sustainable. The genre ‘Trap’ is getting increasingly bandied around, along with the phrase ‘the new dubstep’, and it seems TNGHT may have accidentally placed themselves (renowned producer Hudson Mohawke (Scottish) and Lunice (Canadian)), at the apex of this style, with it’s half time beats and 808 intensiveness, being a strong feature of this EP. The fact this is being taken up by fans of all sorts of music, as well as regularly getting actual club plays proves how good this EP is, with it’s surreal samples and massive beats.

“WHAT! NOT NUMBER ONE!” I hear you yell impotently at your screens. “But, but… it’s so perfect. These four songs, each bringing something unique to the EP, the intro of ‘Ocean’s Eye’, the better-than-Foals-funk-pop of ‘Bloodshake’, the best ballad of the year in ‘California Daze’ and the genius rising, falling waves of the 10 min long trance cover ‘1998 (Delicious)’.” Yes, yes, all of that. This EP is definitely perfect. It put Peace on the map as one of the finest bands in Britain around. The level of musicianship these guys have is ridiculous. I am eternally in awe of the outro to ‘Bloodshake’ where the guitars and drums make impossible rhythms seem effortless, and they way they converted trance into psychadelic rock is worthy of worship, making a massive song so easy to listen to. Their album is recorded and ready to be released next year, and seeing as I also love earlier single Follow Baby it’s one of the most anticipated records to come. But this EP is not number 1. Then what is?…

They’ll be two reactions to this news. The first “Who the fuck is Burial and why is this better than Peace”, and the other “Yeh this was an easy guarantee”. Burial is a producer from London who has come to make some of the most important and influential electronic music around. And while I knew this last year, and was familiar with his seminal release Untrue, it wasn’t until I got this EP that Burial unraveled and I could appreciate the genius within. In simple terms these three songs are all longer than a usual Burial track, and it allows each song to fully unravel in a way that cannot fail to blow your mind. Opener ‘Kindred’ takes the trademark choppy garage drumbeat but expands it with this heavy bass, that is immensely unsettling. Multiple times the song seems to just disintegrate completely into this ambient rain-soaked calm before returning with more of the trademark spliced vocal hooks. What instantly makes this release so much more different and so much more special than his other work is the sense of unease and depression that soaks through this track. Electronica music should not be able to be so emotionally affecting, that’s supposed to be the clarion call of the indie-punk guitar bands, the Jake Bugg Tru-Music clan. But somehow this release pulls it off.

And then the EP gets to ‘Loner’ with it’s sampled intro. It moves out of the what we would expect, applying House drums to this consistent aura of darkness. As the vocals slide in and out and the distant bass rolls across arping synths, I am struck yet again by how incredibly powerful this music is. It takes everything that made Kindred so outstanding and keeps applying it to make the single saddest song that can still get your feet dancing. Finally, almost 20 minutes after pressing play we reach track 3, ‘Ashtray Wasp’. Somehow this manages to build the two previous songs into one insane, super-long track that jitters and whirls, fading and returning, shifting and changing.

11 minutes later, after a half hour of music, for only £2.50, we emerge. The oppressive darkness and depression is lifted, and we can reflect on the experience. Thirty minutes of awe-inspiring music, the most intensely affecting electronic music you’re likely ever to hear. While Peace’s EP was perfect and built the anticipation for next years release, this release doesn’t need anything else around it, it is completely fulfilling. The best albums are musical journeys that leave you a slightly different person once they’re finished, like The Suburbs, or It’s A Wonderful Life. Burial is able to accomplish this in only three tracks. For £2.50 you can get a record as good as anything on the upcoming album of 2012 list. So now you’ve read this, what’s stopping you?